She has been named “First Lady of the Flute” by the critics and listeners alike and, from the accomplishments in her musical career, deservedly so.

For three decades now, Bobbi Humphrey has been playing her special brand of music to audiences around the world. Her professional career began in 1971 when she was the first female signed to Blue Note Records.

Certainly, a lady playing the flute must have seemed something of a novelty then. Humphrey proved, however, she was not just a “first” or novelty, but a talent to be reckoned with.

For in 1973, her LP, Blues, and Blues was not only a huge commercial success but established a strong crossover market for her.

Also, in 1973, she was invited to the prestigious Montreux International Music Festival in Switzerland where Leonard Feather, noted critic of the Los Angeles Times, acclaimed her “the surprise hit of the festival”.

Since then Humphrey has continuously proved her sustaining power, for today she is the only successful female urban-pop flutist on the scene.

Born in Marlin, Texas and raised in Dallas, Humphrey’s training on flute began in high school and continued through her years at Texas Southern University and Southern Methodist University.

It was there that Dizzy Gillespie spotted her when he served as a judge in a school-wide competition. With Gillespie encouraging her to pursue a career in New York City, Humphrey wrote a letter to New York’s famed Apollo Theatre and received a telegram soon afterwards telling her, “We have reserved a spot for you on Amateur Night”. She didn’t take further convincing, nor did she have trouble finding her “spot” in the music industry.

The title of one of her Epic LPs The Good Life, best describes her career. Humphrey has played with the best, ranging from Duke Ellington (her third day in New York) to Lee Morgan to Stevie Wonder (featured on Songs In The Key of Life LP in 1977). Between 1971 and 1976, Bobbi recorded six albums for Blue Note Records. In 1974, she recorded the successful Satin Doll LP. 1977 was another big year for Humphrey. For the third consecutive year she was voted “Best Flutist” in Ebony Magazine Reader’s Poll.

She was signed to Epic Records. She was invited back to the Montreux Music Festival., and honored with the Key to New Orleans. It was not only a year of musical growth but of commercial expansion as well, because in 1977 Humphrey formed Bobbi Humphrey Music Company to publish her compositions as well as composers.

She also formed Innovative Artist Management to handle her business affairs. Humphrey has also gone to gather numerous awards and citations for her music. These awards have included the keys to cities for the United States and a Congressional Appointment to the Community Advisory Committee.  Also, the business world has recognized Bobbi’s talents in that arena.  Since then Humphrey has continuously proved her sustaining power, for today she is the only successful female urban-pop flutist on the scene.

Further proof is the fact that she was acclaimed “Best Female Instrumentalist” (1976 and 1978 to both Billboard and Record World, and “Best Female Vocalist” in Cashbox. This is certainly a milestone for any instrumentalist. With Gillespie encouraging her to pursue a career in New York City, Humphrey wrote a letter to New York’s famed Apollo Theatre and received a telegram soon afterwards telling her, “We have reserved a spot for you on Amateur Night”.

She didn’t take further convincing, nor did she have trouble finding her “spot” in the music industry. She has received various awards for her business accomplishments and high ethics from the City of New York, “Dollars and Sense” magazine, and was featured in the financial section of Billboard Magazine. However, Humphrey’s longevity on the charts has been her greatest award. Her LP Freestyle was one of the hottest LPs during the summer of ‘78.

And with her LP The Good Life, the summer of ‘79 was not only good but hot! The eighties were a period of rapid creative and business expansion, and community activism. Whether it is from the stage of Carnegie Hall or an intimate jazz room in Europe or Atlanta live performing remains her first love. However, she enjoys composing and producing musical jingles for several major corporations, such as Halston and Anheuser Busch, and doing solo work for the television on such shows as the “Cosby Show”.

Though she is petite, one can see that she has the talent and heart as big as the State of Texas. Former New York City Mayor David N. Dinkins says it best, “Bobbi Humphrey’s dedication to artistic excellence is matched only by her social activism and concern for those in need”. This includes her working on various political campaigns, performing at senior citizens homes, fundraising concerts for the United Negro College Fund, and speaking before the General Assembly of the United Nations about the Ethiopian famine in the eighties. 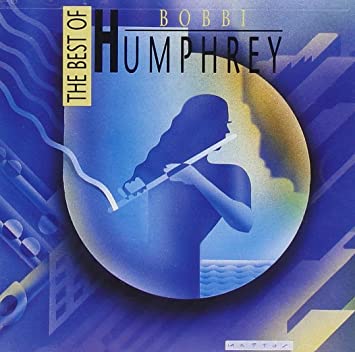 Ever growing and seeking new challenges Bobbi produced one of her most exciting and personal LPs entitled “City Beat” in 1989. “City Beat” remained on the Billboard Magazine Black Charts for sixteen weeks. She served as producer, wrote many of the songs and gathered some of her musical friends to share in the treat. As the beat went on, the nineties’ held the promise of some of Bobbi’s greatest musical and commercial expansion.

Following the success of Bobbi Humphrey Music selling in excess of five million units of the Campbell records, Ms. Humphrey boldly launched her label, Paradise Sounds Records, in 1994.  She recorded her first release “Passion Flute”, which was recently re-released and continues to be one of her fans’ all-time favorite recording. The album’s concept is to showcase Bobbi Humphrey with a cool jazz setting; mostly at mid-tempo: although there is a surprising uptempo version of his huge hit, “Harlem River Drive.

There are also two original ballads in which Bobbi features the smooth singing of D’wayne Whitehead. Another song features two great artists and friends of Bobbi, Gwen Guthrie on vocal and Ralph MacDonald on percussion. From the first track, “Steppin’ Out” which features Bobbi’s flute on a hauntingly smooth, yet strong hook, to the last track, “Rainbows”, a soaring ballad, her passionate and pure flute playing is ever-present. In“Passion Flute”, her fans old and new will surely have a greater passion for Bobbi Humphrey.