Developing alongside the blues beginning in the 1890s, ragtime is a piece of sophisticated music associated with solo piano.

Ragtime refers both to a body of musical compositions and a way of approaching existing compositions, adding syncopation as well as “embellishing and decorating melodies,” known as “ragging.” Related to the cakewalk, a dance form accompanied by music, ragtime was originally played in bars and brothels, but gained respectability when it began to be written down and published.

Since pianos were located in many homes, particularly of the upper classes, this provided a vehicle for ragtime’s dissemination. While ragtime had numerous composers, both black and white, the most famous of these is Scott Joplin, whose “Maple Leaf Rag” became the standard for this style of music. (His piece “The Entertainer” would later become the theme music for the movie “The Sting.”

Ragtime may be seen as an antecedent to jazz, although the genres developed in parallel. Jazz appeared in the 1910s in New Orleans, a city that Charles Joyner describes “at the dawn of the twentieth century” as “a crossroads of musical traditions. . . . into its streets flowed black and white migrants from the countryside who encountered for the first time the city's cosmopolitan mix of European and African musical traditions.

Blues singers such as Bessie Smith are often considered early jazz innovators, as the distinction between blues and jazz was still blurry.

Developed around 1850 on the workcamps known as slave plantations, the "Cakewalk" or "PrizeWalk"  was often accompanied by ragtime music.

But what is jazz?

A simplistic way to look at it is as a syncopated version of the Blues. One element often considered essential to jazz is swing, a propulsive, danceable beat; as Duke Ellington said, “It don’t mean a thing if it ain’t got that swing.” Another crucial jazz element is improvisation—jazz musicians strive not to play the same piece in exactly the same way twice. Still, another is the use of complex chord progressions. As the music has evolved over the years, the balance of these elements has changed.

From the start, the European musical establishment has considered jazz, like other African American forms, either a lesser form of music or not music at all. In 1928, Sigmund Spaeth argued that “music is the organization of sound toward beauty, and thus far jazz has merely distorted the organizing factors of rhythm, melody, harmony, and tone color.”

With time, of course, the elements of jazz came to seem normal to many listeners, yet later styles came along, themselves to be greeted as abominations. However, jazz came to be embraced by several 20th-century composers, notably Aaron Copland, Maurice Ravel, and Igor Stravinsky. 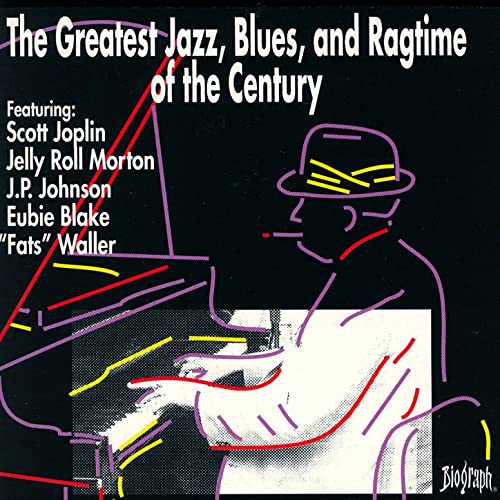 Early New Orleans Jazz was relatively simple compared to what would come later.  Group improvisation predominated, as did individual style. Because the amount of musical education varied greatly and was often limited, early jazz took advantage of the strengths of the individual musicians.

Yet New Orleans jazz really took off with Louis Armstrong, the great trumpeter (who was sidelined as a singer and the inventor of scat singing).  Starting off in the King Oliver band, Armstrong had an overpowering tone and originality, which led to his becoming the first great jazz soloist. Indeed, after Armstrong, simultaneous group improvisation faded, with the soloist predominant in jazz ever since. Armstrong would soon make a series of classic jazz recordings with his groups the Hot Fives and Hot Sevens and would go on to become a world icon.

By Rashid 'The Jazz Aficionado' Booker