Tania Maria [Tania Maria Correa Reis] has had a long and passionate love affair with music.

Born into a family of amateur musicians in São Luis, northwestern Brazil, she began studying the piano at the age of seven and was just 13 when she was the hands-down first-prize winner in regional competition as the leader of a group.

At the time, bossa nova was all the rage from Rio to New York, adding a peppery touch to jazz like an exotic local spice. Just three years later, however, this talented young woman with a bright future tried to distance herself from music by studying law.

Her fingers continued to yearn for the piano, however, and she finally gave in to its insistent call, committing herself to music with more fervor than ever.

After shuttling between gigs in Rio and Sao Paulo, she recorded her first album at the age of 20, for Warner.

As early as 1969, her first musical performances clearly showed her potential and her predilections: an astounding mix of Brazilian rhythms and jazz harmonies, underpinning a remarkable natural gift for spinning sophisticated melodies.

After 36 years and 25 albums, and by way of such runaway hits as "Piquant", "Come With Me" and "Made In New York", Tania Maria stands out as one of the truly great talents on the Brazilian music scene, where she is known for her unmistakable voice, whose sultry low tones can lay down a serious groove, and for her percussive touch at the piano, where things can suddenly take a more classical turn.

She has also done a lot of traveling in her time, from the Paris nightlife of the 1970s, where she met Claude Nougaro, to the New York fusion years in the 1980s; she has lived in both cities, and both continue to live in her.

She's also taken part in virtually every major jazz festival in the world, from Montreux to New Orleans, Tokyo and Nice. Tania Maria is an accomplished musician who, though always attracted to swing and jazz, has never forgotten the fundamental beats of her native choro and samba.

In 2009 Tania had received the nomination, by the Ministery of French Culture, as OFFICER DE L’ORDRE DES ARTS ET DES LETTRES

[Order of Arts and Letters]. 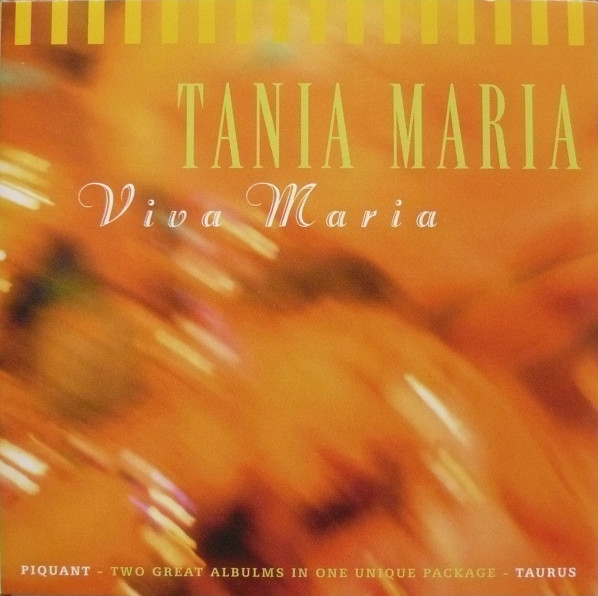