Some Deep Roots
of The so-called Blues

The indigo plant, grown in many southern U.S. slave plantations, combined with the West African slaves who sang of their suffering as they worked on the cotton that the indigo dye went into eventually resulted in these expressed songs being known as "the Blues".

When musicians talk about playing the blues, they are not referring to an emotional statement about being unlucky in life, or love, or whatever. They referred this to a musical form, usually one of 12 bars, though sometimes eight or 16.

The blues is the type of music that expresses those feelings that is more moving, more touching. In general, the people playing the blues tell a story in their song, it is African-American Folk Music.

A twelve-bar cycle used as a framework for improvisation by so-called jazz musicians a.k.a (African-American Classical Art-Form); The Blues forms share the same basic underlying structure: they begin with a tonic, or I chord, move to the IV chord on the fifth bar (the beginning of the second phrase), returning to I two bars later.

In the last phrase (measure 9), they move to the dominant, or V, before finally returning to I in m. 11. 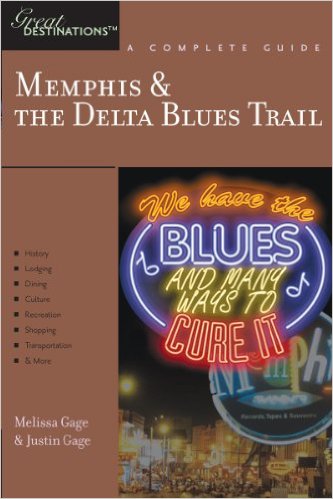 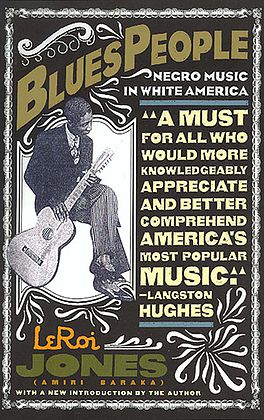 This basic form is altered by harmonic substitutions, which fill in the musical space with additional harmonic movement. The Blues, you can say that the Blues is the father to Jazz just by adding a "bridge", (defined as the middle section in a jazz tune that contrasts from the main sections).

The blues did not come directly from Africa, but it certainly has African elements. Just when it crystallized as a specific form is not certain, though the late nineteenth century is a good guess. More important than when and where is the matter of why: Why was the blues born?

In 'Blues People' Baraka suggested that the blues evolved when African Americans took their newfound freedom and confronted a society that had no place for them as free men and women. With the old paternalistic society of the South went the simple role of Afro-Americans in the Western world.

Now the Afro-American was asked to throw himself into what was certainly still an alien environment and to deal with that environment in the same manner as his newly found white "brother" had been doing for centuries...The post-slave society had no place for the black American, and if there were to be an area of the society where the Afro-American might have an integral function, that area would have to be one that he created for himself.

While the older musical forms, the dances, hymns and spirituals, the work songs, and so forth, continued, a new musical form was needed to meet and fulfill the expressive demands presented by the new social and moral situation confronted by most African-Americans.

As Dizzy Gillespie so often observed, before there was the universe, there were the blues. While most early blues performers appear to have been made, in the second and third decades of the twentieth century a blues known as the classic blues emerged as a distinct genre, mostly performed by female vocalists, of which Bessie Smith became the best known.

W. C. Handy, known as the Father of the Blues, collected and arranged many of these songs, with the "Memphis Blues", "St. Louis Blues" and "Beale Street Blues" among his best-known.

One of the first centers of blues was found in the Delta. It was here, in a place called Dockery Farms, an old plantation, where blues performers would play and congregate.

It was a center of musical exchange and great performances. Charlie Patton was one of the most influential performers. He was said to have influenced the legendary Robert Johnson (the man who influenced Muddy Waters and The Rolling Stones) and Blind Lemon Jefferson.

Blues is music with unique ethnic diversity. It started with the rural African-American traditions of southern America. Originally it was associated with the music of deep and low-down emotions. But in reality, it reflected how a culture lived and survived in happy and difficult times. 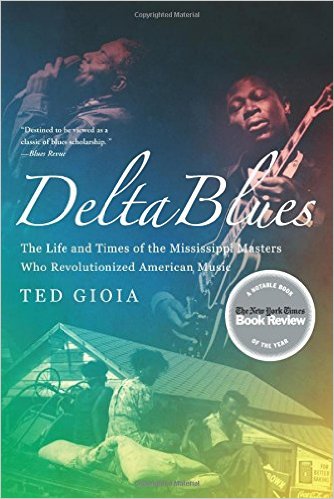 The Cover Art of Blue Note Records: The Collection

Many musicologists try to associate Blues with both European and African traditions. Music Historian Robert Palmer may be most correct in entitling it as an African-American creation.

By doing so, Palmer then relates this form to many different aspects of African-American music. Early blues music was music dictated by Call and Response. The Call and Response pattern could be found in 4, 8, 12 or 16 bar forms.

The message of the lyric was the most important aspect of the music and dictated what form was used. Because Blues was a message (if you will), it was then a piece of music that adopted itself to many musical styles, ranging from jazz to rock and roll.

The musical sound of the Blues is also found in many other non-vernacular styles such as 20th-century classical music.

Because Blues was a message (if you will), it was then a piece of music that adopted itself to many musical styles, ranging from jazz to rock and roll. The musical sound of the Blues is also found in many other non-vernacular styles such as 20th-century classical music.

From Blues to Ragtime and Jazz

The blues has developed many forms throughout the twentieth century, varying between regions, adopting electric instruments after World War II, and functioning as a cultural well from which other musical forms could draw inspiration and ideas.

One of these forms became known as jazz, which began consolidating in the teens. If the blues is one tributary feeding into the jazz delta, then ragtime is the other. Straddling the turn of the century, ragtime was primarily a piano player's music and was strongly influenced by dance forms and the military march.

Scott Joplin was the best-known exponent of the music, and his aspirations went far beyond what he was able to realize in his lifetime--his opera, Treemonisha, wouldn't receive a full performance until 1972, fifty-five years after Joplin's death in 1917.

Just when jazz finally emerged as a distinct style is uncertain. But it was going strong by the mid-teens. New Orleans, or traditional jazz, is relatively simple in its devices, but, catalyzed by Louis Armstrong, it quickly evolved into the more sophisticated styling of swing.  Jazz became the popular music of the second quarter of the century, naming first the Jazz Age of the twenties, and then the Swing Era of the thirties. Americans of all ages and ethnicity danced to the beat of the African diaspora.

Jazz also traveled to Europe, where it was treated with aesthetic and intellectual seriousness it did not enjoy at home. In time, jazz conquered the rest of the world. Jazz attracted the attention of classical musicians who began to incorporate some of its devices into their music as they had drawn on various European folk traditions.

By this time the classical tradition had taken its central techniques to their limits and many composers were casting about for new inspiration, new scales, different compositional devices, and more rhythm. At the same time, European artists such as Pablo Picasso were responding to African sculpture and Sigmund Freud was diagnosing the emotional ills of Western culture. Europeans were ready for a change and jazz gave it to them.

Popular though jazz was, it did not receive universal approval. In particular, it was denounced for its sexuality. For example, a group of New York citizens formed a commission that complained about "slow jazz, which tempo in itself is the cause of most of the sensual and freakish dancing".

In 1926 the city of New York passed the first in a series of regulations intended to restrict opportunities for live jazz performance, though the regulations were never stated in those terms. At one point, Duke Ellington was moved publicly to deny that jazz was responsible for a rash of sex crimes.

Blues and The Birth of Hard Bop

Inevitably, the white bands played sweeter and less expressively than the black. European America admired and desired the particular expressive vitality of jazz, but there were limits to how deeply it could accommodate itself to that expressiveness.

Meanwhile, the most adventurous jazz musicians--including Charlie Parker, Dizzy Gillespie, Thelonius Monk--invented bop during the early forties. Jazz is music that slipped the yoke of racist oppression and, in bop, created a style that elevated improvisation to the same level of sophistication European classical music had achieved.

Bop was Art with a capital "A". As A. B. Spellman observed, "The bebop era was the first time that the black ego was expressed in America with self-assurance."

In the sixties, Elvin Jones continued investigating African polyrhythms and studied Indian rhythms as well. Jones moved the drummer from an accompanying role to one of full collaboration with the horn-playing soloists. John Coltrane investigated Indian music to expand the possibilities of melodic improvisation in jazz. Jazz musicians have continued to search the globe for musical ideas.

His band was organized by the same Quincy Delight Jones, Jr. who would later become a vice president of Mercury Records and win fame and fortune as the producer of Michael Jackson's most successful albums.

The United states of the blues: A history of african american classical music (so-called jazz)

That form became known as the blues, and the blues came to be the foundation of much African-American secular music up to hip-hop. The blues is to African-American music as what the sonnet is to English poetry, a basic form, to be mastered by all with aspirations to excellence, which has been put to the most various expressive uses.

Thus, while often sorrowful, sadness is not the defining essence of the blues. The blues is more abstract and general than a particular emotional tone. Blues music is often joyful, ironic, confrontational, witty, and worldly-wise.

It is also a highly individual form of expression, both in lyrical content and in performance presentation; a solo performer told about his or her own experience. 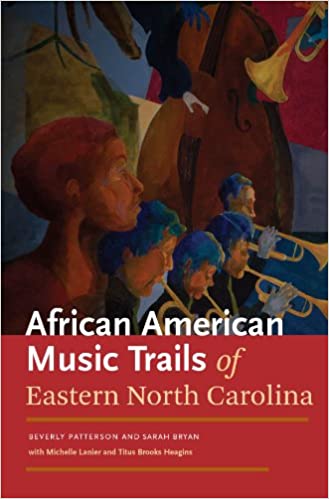 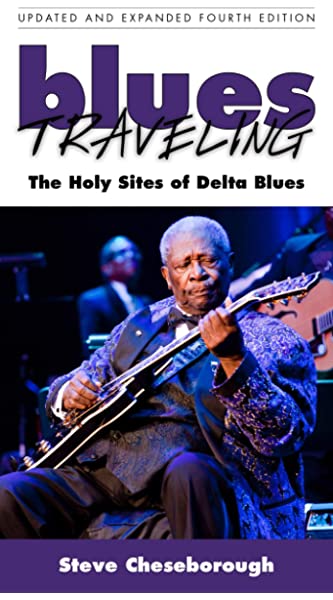 Bop artists went beyond their immediate tradition and explicitly searched other music for techniques and inspiration.

In the late forties, Dizzy Gillespie hired a Cuban drummer, Chano Pozo. Since the drums had not been banned in Cuba, African rhythm survived there intact; when Gillespie brought Pozo to his band, he thus reestablished contact with African rhythm.

Art Blakey traveled to Africa in 1948 and 1949 and brought African techniques and, later on, drummers back to America. In 1956 Dizzy Gillespie became the first jazz musician to go on a world tour sponsored by the U. S. State Department.

By Rashid 'The Jazz Aficianado' Booker

In the more technical terms of musical device and structure, the blues is a set of expressive conventions and strategies--12-bar AAB form, I IV I V I harmony, call-and-response, the blues scale-- within which African Americans have articulated a full view of life as generations of musicians improvise extensions, emendations, expostulations, emancipations, and ecstatically lubricious transubstantiations.

- The blues is to African-American music as what the sonnet is to English poetry, a basic form, to be mastered by all with aspirations to excellence, which has been put to the most various expressive uses.