The blues came, at least partly, out of the songs slaves sung, out of field hollers and what W.E.B. DuBois termed the “Sorrow Songs.” In the late 19th and early 20th centuries, these coalesced into the quintessential African American music: “blues songs seem to turn up everywhere in the Deep South more or less simultaneously in rural areas, small towns, and cities such as New Orleans and Memphis.”

Often the blues were sung by a single individual accompanying himself on a guitar. Love, sex, betrayal, poverty, drinking, bad luck, and an itinerant lifestyle are its themes.

In the next few years, the blues would become popular on the vaudeville circuit.

By the 1920s, such singers as Mamie Smith, Ma Rainey, and Bessie Smith. David Evans explains the European elements in the Blues as form and harmony, with African elements “particularly in the music’s rhythmic, tonal, and timbral flexibility.”

Important to the Blues is the “blue note,” a flattened or altered note, often at the 3rd, 5th, or 7th degree of scale.

In 1912 W.C. Handy copyrighted “The Memphis Blues,” widening the popularity of the term “the blues.” Although Handy is often referred to as the “Father of the Blues,” he was merely translating an already existing music into more accessible orchestras, were popularizing the style on records.

Meanwhile, the folk-blues, primarily employing guitar and vocals (as well as harmonica), remained alive in the Mississippi Delta. Scarcely noticed by the outside world, delta blues and country blues were recorded on “race records” and sold to an African American audience.

In the 1940s, the folklorist Alan Lomax traveled the Delta collecting and recording the music, bringing such undiscovered artists as McKinley Morganfield, better known as Muddy Waters, to a wider audience. 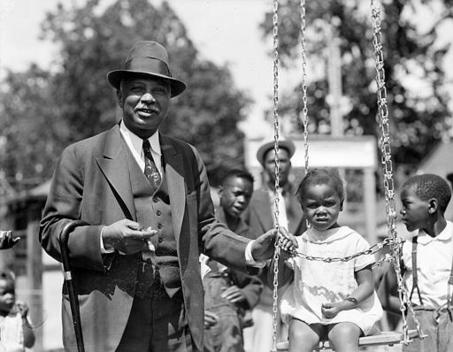 Composer of "The Memphis Blues," W.C Handy visits the bar at "P-Wee's" and the Church Park in Memphis to play with the children. 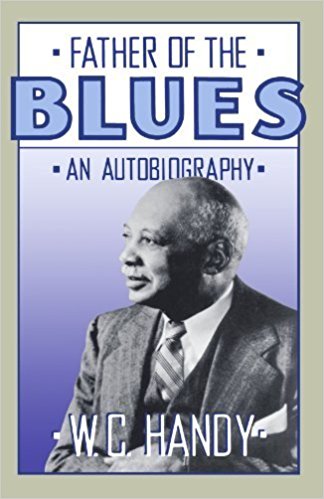 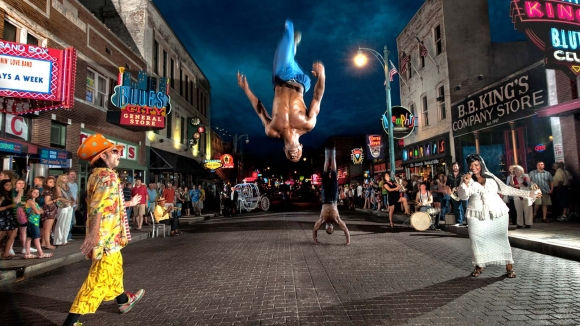 Alongside the early blues, African American spirituals filled churches and held communities together. In the 20th century, these would evolve into gospel, with Thomas Dorsey the most recognized composer and conductor and Mahalia Jackson the paradigmatic singer. Black church music, however, has not penetrated mainstream American society like other forms and is not a focus of this article.

Nevertheless, the church and its music have been influential in every form of African American music.

The relationship with the blues is particularly close: “The struggle between the ‘calling’ of the blues and the calling of the gospel is frequently understood as the struggle for the souls of individuals; gospel artists get filled with the Holy Spirit in church, while blues artists make deals with the devil at desolate crossroads.”Indeed, legendary early bluesman Robert Johnson was said to have derived his skill from the devil.

By Rashid 'The Jazz Aficiando' Booker​